Looking back: 10 years of change in the hotel industry 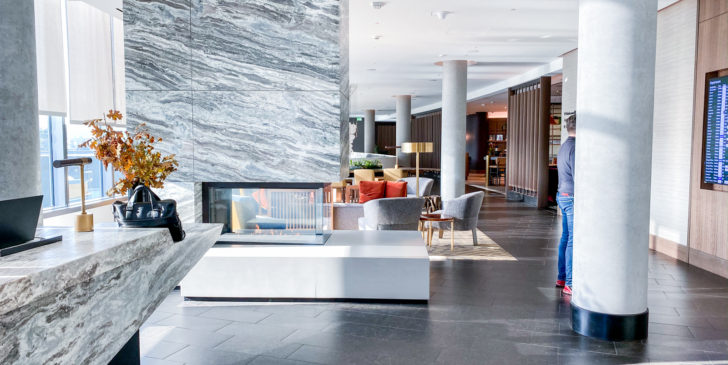 Looking back: 10 years of change in the hotel industry

One of the things I love most about staying in a hotel, whether in my home city or in some remote corner of the world, is the familiarity.

For years, the blueprint for a hotel was more or less the same, whether you were staying in a $100 room or a $1,000 suite. But that model — a cozy lobby with a front desk and a concierge; a room stocked with miniature toiletries and a turndown service that concluded with a folded duvet and a single chocolate on your pillow — has been transformed.

Related: We’re calling it now — The 20 hottest travel destinations of 2020

As this decade closes, we’re reflecting on how much has changed in the hotel and hospitality industry. And how, even to veteran travel reporters and road warriors, the hotel industry has become almost unrecognizable at times.

Long-loved brands have disappeared or been acquired by larger chains. Amenities we’ve come to rely on have been removed or replaced by a new set of features designed to benefit a younger generation of travelers.

The very footprint of a hotel room has evolved to accommodate changing needs and tastes.

What will the hotel industry look like in another 10 years? It’s hard to say, though we’re willing to bet that at least a few of our predictions for 2020 will materialize throughout the next decade. Until then, we’re looking back at the biggest ways the hotel industry has changed since 2010.

For more TPG news delivered each morning to your inbox, sign up for our daily newsletter.

There may be no more obvious harbinger of change in the hotel industry than the dizzying number of mergers and acquisitions that have swept up, consolidated and reconfigured some of the most iconic hotel brands. According to hospitality industry data from STR, nearly two-thirds of all hotels in the U.S. were independently owned in 1990. Two decades later, that number has dropped to 40%. Chains now dominate the industry.

In 2015, Marriott International announced it would buy up Starwood Hotels & Resorts to form the world’s biggest hotel chain. It took years for the ink to dry and their loyalty programs to be unified, but it completely altered the hotel and loyalty landscape. Yet the cascade of acquisitions and mergers in the latter part of the decade began long before Marriott committed to buying Starwood.

In 2014, InterContinental Hotels Group (IHG) reached an agreement to buy Kimpton Hotels for $430 million — a move that marked the brand’s commitment to expanding its influence in the desirable boutique market. And, in 2019, IHG added Six Senses hotels and resorts to its portfolio.

In 2015, Accor bought Fairmont, Raffles and Swissôtel, deeply improving its high-end luxury hotel offerings, and then purchased an 85% stake in 21c Museum Hotels in 2018.

In 2017, Hyatt acquired the Miraval Resort & Spa in Tucson, Arizona. As Miraval continued to expand — opening a property in Austin in February 2019 and a resort in the Berkshires slated to open in the spring of 2020 — World of Hyatt members found their points unlocking rooms at a number of new destinations. A year later, Hyatt announced plans to acquire Two Roads Hospitality, the group that owns Thompson Hotels, Joie de Vivre, Destination Hotels and Alila Hotels & Resorts.

These mergers and acquisitions haven’t just expanded and broadened the portfolios of the world’s largest hotel brands. They’ve also made it easier for travelers to use points and miles to stay at their favorite boutique hotels and resorts.

Like the companies that manage them, loyalty programs have changed tremendously in the last 10 years. We’ll get into that more in a separate piece, but it’s clear that a major shift throughout the industry has been to off-peak and peak award redemptions, and though it may be harder to predict how much your hotel stay will cost, sweet spots remain.

Related: How twin jets took over the world: The 2010s in aviation

A printed newspaper at your door. A single chocolate on your pillow. An arrangement of tiny toiletries on your bathroom vanity. These trademarks of high-end hotel service have, in many cases, gone the way of the dinosaur over the course of the last decade.

Those mini bottles of shampoo and conditioner, at least, could be gone before 2021 at major brands including IHG, Marriott and Hyatt. The shift to refillable bulk dispensers is one of the most obvious indicators of the way hotels have altered their service and amenity offerings to provide a more environmentally friendly experience for travelers — and to simultaneously cut costs.

Guests, for example, are now offered incentives to skip housekeeping and reuse towels. In May, Hyatt began offering points to guests who decided to forgo housekeeping services, and hotels are now replete with signage encouraging guests to keep towels off the floor so they won’t be laundered.

At one Staybridge Suites in New York City, a $5 housekeeping fee now appears on folios when guests don’t decline the service. And across the entire IHG portfolio, guests with reservations for more than one night can participate in “A Greener Stay” program and earn IHG Rewards Club points when they opt out of housekeeping.

Related: Ways to earn points and miles while saving the Earth

It’s not just what’s inside a hotel room that has changed a lot in the last decade. The entire layout of a hotel may feel unfamiliar to a guest who hasn’t booked a stay since 2010.

Desks and closets have shrunk and, in many cases, been removed. Even the front desk has been replaced at some hotels by a tablet or in-app check-in. Conrad launched the first hotel-branded app in 2012, and hotel apps have become crucial for many travelers. In many cases, travelers can now avoid speaking to a human at all when checking into a hotel.

With the Marriott Bonvoy app, for example, travelers can book, track and modify reservations; use mobile check-in to let the hotel know they’ve arrived; receive notifications when the room is ready, and, where available, use a mobile key for keyless entry.

Even the days of plastic key cards are quickly slipping into the rearview mirror.

The hotel lobby, in reality, is far less transactional now than it was 10 years ago. As technology makes it possible for travelers to bypass the front desk and the concierge, hotel lobbies have become social and coworking spaces.

Coworking and social space in the lobby at The Hoxton, Williamsburg, NYC. (Photo by Darren Murph/The Points Guy)

While many hotel brands are partnering with coworking companies to formalize the spaces, others are simply changing the floor plan. If your en suite desk has disappeared, for example, you might be encouraged to head downstairs to elbow up to a communal table.

Technology is also making complimentary, high-speed Wi-Fi an expectation among travelers, not a “nice to have” amenity. It means outlets have multiplied, and USB ports have begun appearing by bedsides. And it also means you often control your hotel room without putting down your cellphone.

Home away from home

In a little over a decade, Airbnb — founded by Joe Gebbia and Brian Chesky in August 2008 — completely disrupted the way we travel.

According to a 2018 report from the Boston Hospitality Review, Airbnb supply across 10 key hotel markets in the U.S. increased more than 100% year-on-year between 2008 and 2017, causing hotel revenue per available room (RevPAR) to decrease 2% across all hotel segments. For the luxury sector, that loss was closer to 4%.

For travelers, that means there are now more than 6 million new places to stay than there were just a little over a decade ago. That includes unconventional accommodations like tree houses, Airstreams and igloos. And that doesn’t even include inventory exclusive to other vacation-rental platforms like Vrbo, which has been around since the 1990s and was acquired by HomeAway in 2015. Both took advantage of the internet to bring short-term rentals to travelers. But neither revolutionized the sharing economy quite like Airbnb, which focused on resident-owned/managed rooms, guesthouses and apartments in urban markets.

Suddenly, an empty bedroom in an apartment became a viable — and popular — place for travelers on a budget to stay in a new city. According to VRMintel, a 2016 Phocuswright report on private accommodations in the U.S. found that the number of travelers who stayed in vacation rentals surged from one in 10 in 2011 to one in three in 2015.

In the next 10 years, technology will continue to minimize and, in some cases, eliminate the need for human interaction. Robots haven’t taken over the hospitality industry yet, but there’s no telling just how common they might be in another decade. Perhaps the check-in desk will have a great resurgence — but it will be helmed by droids, not humans.

And hotels are just one aspect of the travel industry caught up in monumental change. Instagram (and social media, in general) is increasingly responsible for influencing the way travelers make decisions about where they go — and it’s become a valuable component of hotel marketing. In aviation, technology and social media have changed the way airlines and their customers interact.

What do you think will change in the next 10 years? Sound off in the comments below.