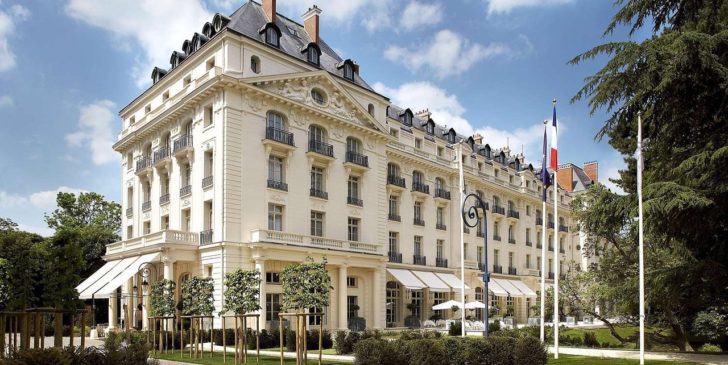 If you regularly stay at one of the many Hilton properties around the world, you probably know how to maximize your points earning with the Hilton Honors program. Especially with the help of regularly occurring good promotions with the program, your points balance might increase quickly.

Under the new program, both standard awards and points & Money awards are priced flexibly, meaning the value you get per point on your redemption is pretty steady and hovers around our 0.6 cents per point valuation. There are some notable and sometimes exciting exceptions to be found, however. Stretch the value of your points with these properties in Europe.

Canal-style bliss at the Waldorf Astoria Amsterdam. (Photo courtesy of the hotel)

After opening not too long ago, the Waldorf Astoria Amsterdam blends in perfectly with the canal houses it is located in. Grandeur and impeccable service ensure a luxury stay in the Dutch capital.

With hotel rates topping a whopping $918, this property offers great value when booked with points. The 95,000-point maximum offers a value of nearly 1 cent per point, much higher than our regular valuation. This further increases when you are able to use the fifth night free benefit offered by Hilton on all award stays, bringing the amount of points per night down to 76,000 and the value up to over 1.2 cents per Honors point, more than double our valuation.

(Image courtesy of the Conrad Algarve)

Popular among luxury-seeking travelers, the Algarve is a breathtaking region boasting fantastic weather and dramatic scenery. One of the more upscale properties in the south of Portugal is the Conrad Algarve, offering timeless style and luxury. In summer, rates soar at this resort-style property and you will easily pay more than £400 ($525) per night.

Award rates can reach 89,000 points per night, and with paid rates that can climb as high as $605, you’re looking at a value of up to 0.68 cents per point. If you stay five nights, which I would recommend, the value goes up to almost 0.85 cents per point.

The Waldorf Astoria Trianon Palace in Versailles. (Photo courtesy of the hotel)

Located on the grounds of the famous Royal Palace of Versailles and a stone’s throw from Paris, this hotel is a great way to experience some old-world luxury. Paid rates can vary significantly, but they climb to over $425 on many dates. The 80,000-point price tag for awards comes down to 0.53 cents per point, just below our valuations, but if you stay five nights, it’ll jump back up to 0.66 cents per point.

The Biltmore Mayfair. (Image courtesy of the hotel)

After opening earlier this year, this brand-new property offers classic style and a great location in the nation’s capital. Cash rates appear to be rather high with standard rates around $590. At the 95,000-point price point, this gets you a value of roughly 0.62 cents per point, which is pretty decent. Staying five nights increases that to nearly 0.78 cents per point.

The DoubleTree by Hilton Hotel Istanbul — Tuzla. (Image courtesy of the hotel)

Not just the high-end hotels offer tremendous value on points — on the lower end, there are also great deals to be had. The DoubleTree by Hilton Hotel Istanbul — Tuzla, for example, is located conveniently close to Istanbul’s low-cost air hub Sabiha Gökçen (SAW) and offers a great swimming pool, spa and hammam.

This hotel is a great deal at 10,000 points per night with cash rates at a steady $70, offering a value of 0.7 cents per point. Again, if you factor in the fifth night free benefit, the per-point value can be as high as 0.875 cents apiece. Do take into account that it is around a 60-minute drive to Istanbul’s old center from this hotel.

In case you’re low on Honors points, remember you can top up your account by transferring from American Express Membership Rewards at a 1:2 ratio, meaning you will get two Hilton Honors points for every Membership Rewards point. Furthermore, The Platinum Card® from American Express gives you Hilton Honors Gold status, granting you free breakfast, upgrades and more points per pound spent.

Keep an eye out for regularly occurring transfer promos, like the 50% transfer bonus for The Platinum Card from American Express. These are a great way to increase the value of your points at no extra cost.